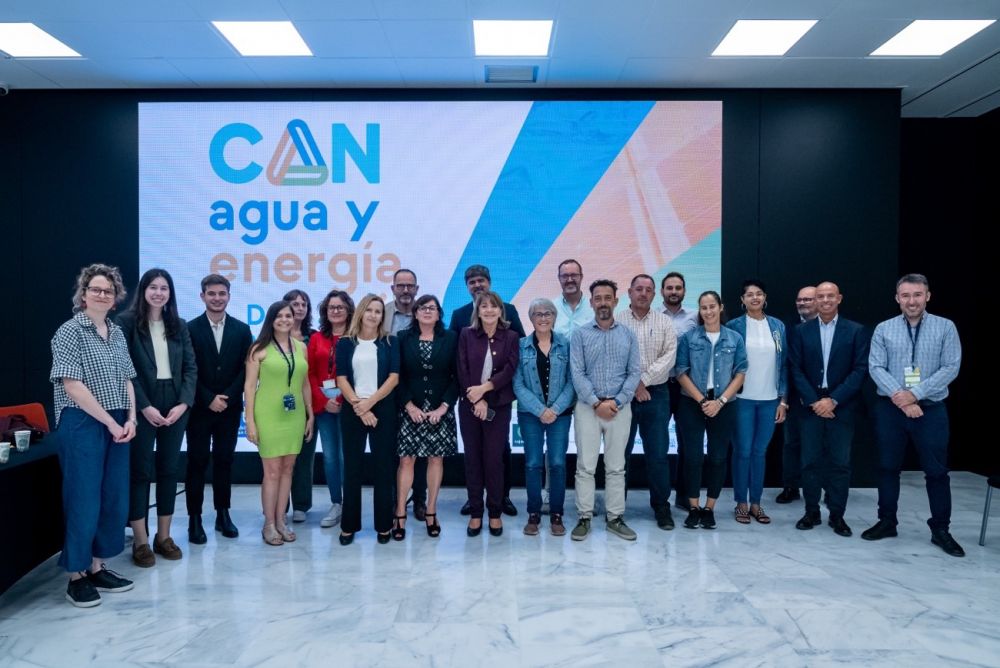 It is already a reality that renewable energy communities are progressively developing across Europe. Within the COME RES scope, this progress has not only been promoted across mainland Europe, but also in some outermost regions including the Canary Islands (Spain). Although these regions have a very different context compared to the rest of the country, the COME RES project has tailored various activities targeting them. As such, on November 10th and 11th, COME RES was present at the CANAGUA, an international fair that focuses on the development and promotion of clean energies in the Canary Islands, Spain. The event took place in Las Palmas de Gran Canaria and gathered stakeholders from the renewable energy sector, representatives from municipalities and local initiatives, as well as members from regional governments. On the first day, Maria Rosaria Di Nucci, COME RES Project Coordinator, gave a presentation on the project and its results so far. During the second day, a Policy Lab with a core group of the Spanish stakeholder desk was organised by ECORYS Spain and ACER.

Representation from public authorities, municipalities, and local initiatives in the Canary Islands

Throughout the development of the event, key stakeholders and the COME RES team joined together to carry out the elaboration of an action plan particularly targeting renewable energy communities in the Canary Islands. The regional government of the Canary Islands was represented by the Head of Cabinet for the Ecologic Transition Office, José Luis Figueroa. Furthermore, the Energy Council of Gran Canaria, the Office for Tenerife, formed by technical experts in the field of renewable energies, as well as the Technological Institute of the Canary Islands and the Canarias “Green Offices”, were also present. In addition to public officials, there was an important representation from municipalities (Tacoronte, El Rosario) and local initiatives from all islands, such as La Palma Renovable.

During the first part of the policy lab, the COME RES project was introduced and explained to all participants. The core development of the lab focused on tailoring the action plan for the archipelago, which was developed thanks to the valuable contributions of all participants, who shared their views on the opportunities and challenges emerging from the exiting regulation of renewable energy communities in Spain. Overall, the lab was considered fruitful by all participants, which actively engaged with each other to produce a complete set of demands and proposals for the improvement of the situation in the Canary Islands.

Stakeholders, representatives from municipalities and regional governments will use the main outcomes of the action plan in order to complement and further develop already existing activities and operations regarding renewable energy communities.

Watch this video (in Spanish) from our stakeolder 'El Goro' to learn more about what is going on to advance renewable energy communities in the Canary Islands.