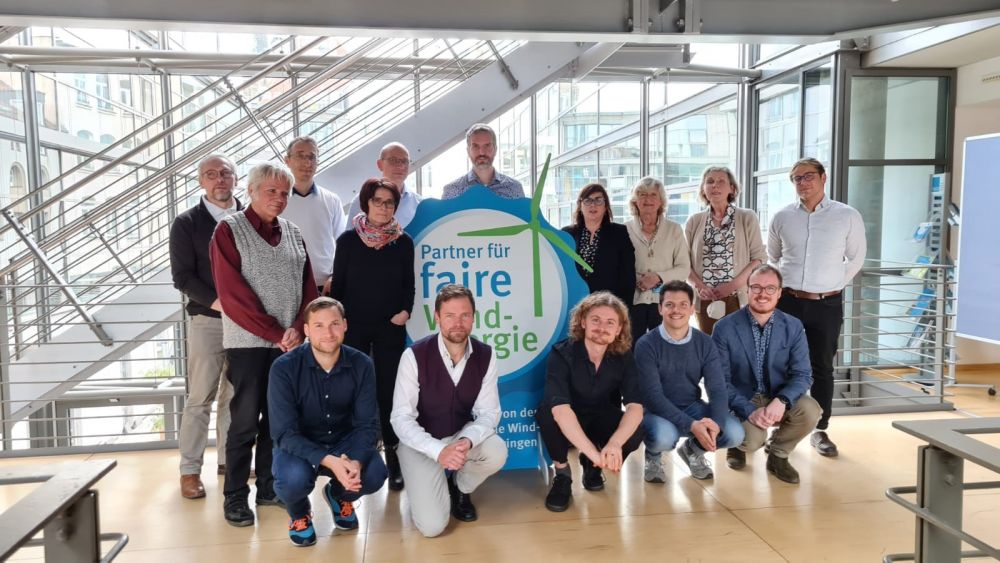 Renewable energy communities are spreading throughout Europe, in different shapes and forms, and to varying degrees of success. Since all are in the energy community movement together, with similar aims and visions of a more democratic and just energy system, wouldn’t it be more effective to re-create key elements from one success model and to transfer those elements to another community? This is indeed one of the key COME RES activities; in addition to analysing good and best practices of community energy, the team has been busy developing approaches to pave the way for ‘transferring’ selected good and best practice cases between regions of different countries as well as within one partner county. Stakeholders in Germany and the Netherland, in particular, have been busy working on transferring the best practice case of the ‘Energy Gardens’ – a multifunctional space for open space solar farms, nature, recreation and education.

The Energy Gardens in the Netherlands is one of the original four cases that the team considered for transferring to the region of Thuringia, in Germany.   The Dutch Nature and Environment Federations (Natuur en Milieufederaties) and Wageningen University & Research developed the concept of the Energy Gardens. The purpose of this initiative is to create synergies between the use of renewable energy (especially through solar farms and ground-mounted panels), nature conservation, recreation and education. The early and extensive participation of the local population, extensive dialogue formats and the financial participation of local communities played a key role in the success. More information on the Energy Gardens can be found in the COME RES Synthesis Report based on in-depth assessment of 10 transferable best practices.

Key facilitators in the process are the so called ‘transfer teams’ – composed of local mentoring experts from the ‘mentoring’ as well as the ‘learning regions’, who are interested in transferring and accommodating the respective good practices.

On the German side, the respective transfer team involves the three COME RES partners Freie Universität Berlin, ICLEI Europe and Becker Büttner Held, as well as the Thuringian Energy and GreenTech Agency, the Thuringian citizen/community energy association (BürgerEnergie Thüringen e.V.), one member of the Thuringian Parliament, and one board member of the German Alliance for Citizen Energy (Bündnis Bürgerenergie e.V.). On the Dutch side, the team includes the project partners of the Technical University Eindhoven, and mentoring experts from Natuur en Milieu Gelderland.

The transfer activities get underway

The Dutch-German transfer activities started in June 2022 with a transfer visit and capacity development workshop held in the Netherlands, when experts from Thuringia and other regions in Germany travelled to Noord-Brabant and Gelderland,  to visit and learn from three Dutch good practice energy communities. These included the ‘Energy Gardens’, the citizen wind farm ‘de Spinder’ and the community virtual power plant in Loenen. After the transfer visit, the Germany transfer team agreed to concentrate their focus on transferring the Energy Garden concept, because the group considered it as having the most realistic potential to be implemented in Thuringia in a short to medium term.

The transfer activities, involving experts from Germany and the Netherlands, continued on 14 October 2022, when the Freie Universität Berlin  organised a follow-up workshop titled ‘Which elements of the Multifunctional Energy Gardens can be transferred from the Netherlands to Thuringia?’ together with the Thuringian Energy and GreenTech Agency (ThEGA) in Erfurt (Thuringia). Participants included the members of the transfer team, representatives from the Thuringian Ministry of Environment, Energy and Nature Conservation, the energy cooperative Ilmtal, the environmental NGO BUND Thüringen, the foundation Klimaschutzstiftung Jena-Thüringen and the foundation Stiftung Landschaftspark Nohra; in total 22 people attended the event (17 in person and 5 online).

After a welcome note by Prof. Dieter Sell (ThEGA) and introductory presentations by Dr Rosaria Di Nucci and Michael Krug (both FUB), Alex de Meijer (Natuur en Milieu Gelderland) described the idea of the energy gardens, providing illustrative examples. Willem de Lint (Sunwatt B.V.) explained the case of the multifunctional solar park ‘De Kwekerij’, which can be regarded as a pioneer in terms of multifunctional solar farms - although not officially running as an energy garden.  Their presentations were followed by respective Q&A sessions. The subsequent workshop session followed the so-called dynamic learning lab methodology and focused on the possibilities to transfer the concept of Energy Gardens to Thuringia. The participants discussed three main topics.

The participants learned that also Thuringia has already a practical example of an ‘energy garden’. Two representatives from the landscape park Nohra presented their landscape park, located on a former military site, where a ground-mounted PV plant was  installed in 2013 and where many elements of the energy garden concept are already in place. The team concluded that the park could serve as a lighthouse/reference project for Thuringia; a close cooperation is planned for the future.

Looking ahead in Thuringia

In Thuringia, conversion areas and contaminated sites seem particularly suitable areas for Energy Gardens. Furthermore, municipal land ownership of the respective areas may enable the creation of an Energy Garden since municipalities have a key role to play in promoting and facilitating the concept – as landowners, planners, permitting authorities, potential investors and shareholders, financers, facilitators and awareness raisers. The transfer team considered it useful to find separate financing solutions for the commercial part of an energy garden project and for the non-commercial part. For the latter, the construction of a foundation or association appears suitable; for the commercial part, they are aiming for traditional project financing based on equity (including shares of citizens) and debt capital. The team also considered crowdfunding as a potentially suitable way of financing. In terms of the development of Energy Gardens, the team recommended a combined top down and bottom-up approach.

Next on the to-do list are the development of suitable selection criteria and the identification of potential sites. Further, through targeted awareness-raising activities the team aims to make the concept of Energy Gardens known to the public, to energy cooperatives, municipalities, municipal utility companies and other stakeholders. Additionally, they intend to pursue a dialogue with municipalities – the potential hosts of the energy gardens. The transfer team has started to draft a transfer roadmap outlining these concrete steps and more, to further implement a transfer and ensure responsibilities are clear. Based on positive discussions at the workshop, the team is also discussing the possibility of having stakeholders sign a Memorandum of Understanding indicating the commitment to continue the dialogue and cooperation also after the lifetime of COME RES.

Image: Participants of the transfer workshop in Erfurt on 14 October 2022 / Schindler