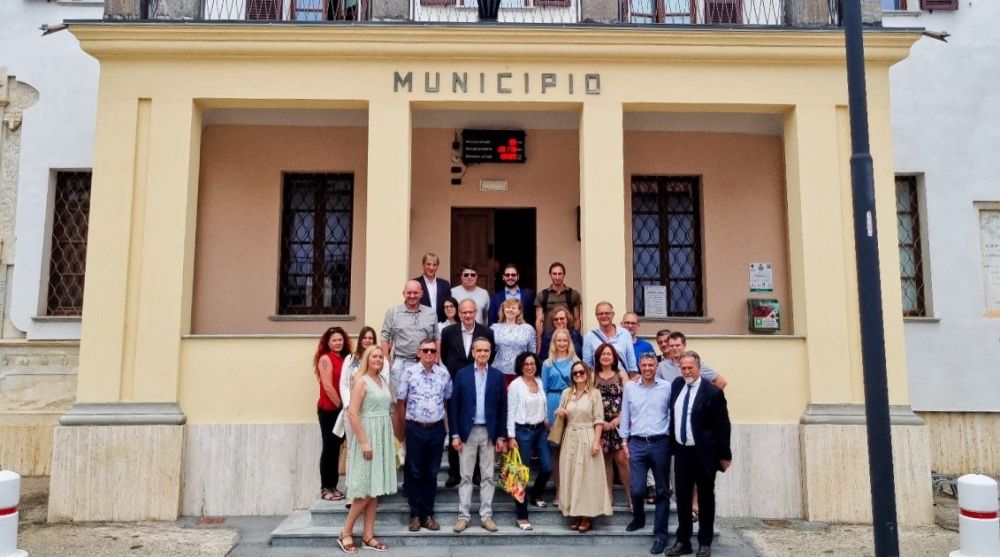 What do Latvian renewable energy communities have in common with their Italian counterparts? As it turns out, a lot. Within the framework of the COME RES project, a group of Latvian renewable energy stakeholders – including representatives from the municipalities, the non-governmental/local initiatives sector and the national authorities of Latvia - visited the Italian municipality of Magliano Alpi (Piedmont region) between June 27 and 30, 2022 to find out more about the Italian best practice renewable energy communities.

The whole transfer visit was organised in a very interactive way, starting with the presentations and continued by the interactive discussions between the mentoring experts and the Latvian transfer team. Key elements of interest for the visiting Latvian team included: the central role that the municipality played, the governance structure, the business model and the IOT platform with which the community manages its energy production, consumption and sharing data.

For both the municipality and the citizens who belong to the renewable energy community, the key benefits have proven to be the reduction of energy costs. Based on the success of the Energy City Hall, two more renewable energy communities have since been established in Magliano Alpi; the Energy City Hall model has served as an example and is additionally being replicated in a range of other Italian municipalities.

The Latvian project team will use the lessons learned during this transfer visit as the basis for drafting a roadmap for further development of renewable energy communities in Latvia.