The German desk concentrates on community wind energy and community integrated solutions. It involves a core group of approx. 40 stakeholders and a wider group of roughly 120 stakeholders. For operational reasons, regular desk meetings are mainly addressing the core group whereas the Thematic Workshops and Policy Roundtables are open to a larger group of stakeholders. The stakeholders come mainly from target region Thuringia and model region Schleswig-Holstein, but also from other German federal states (e.g. North Rhine-Westphalia) and organisations at the national level.

The desk is designed as an informal forum to discuss current topics related to the development of RECs. It seeks to accompany and inform the transposition and implementation of the recast Renewable Energy and the Integrated Electricity Market Directives and their provisions for energy communities. For this purpose, the desk organises Thematic Workshops and policy roundtables involving public decision-makers. It provides input for the analysis of potentials, barriers, good practices, business models and transfer opportunities. The stakeholders involved also provide feedback on project results (e.g. on the action plan for the target region Thuringia) and help to test and validate project outputs and support their dissemination. 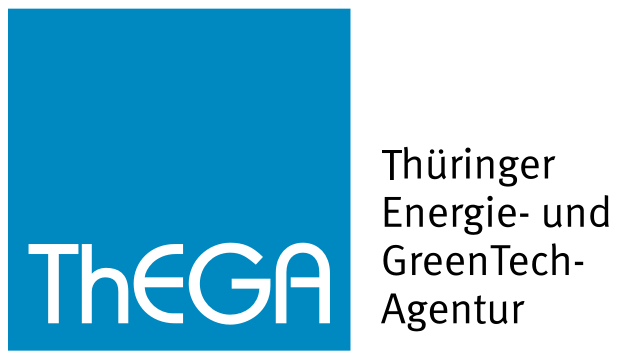 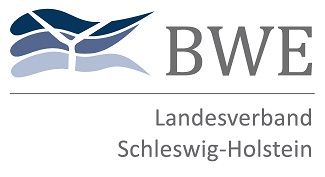 This report (in German) covers the second country desk meeting in Germany, held on 31 March 2022. 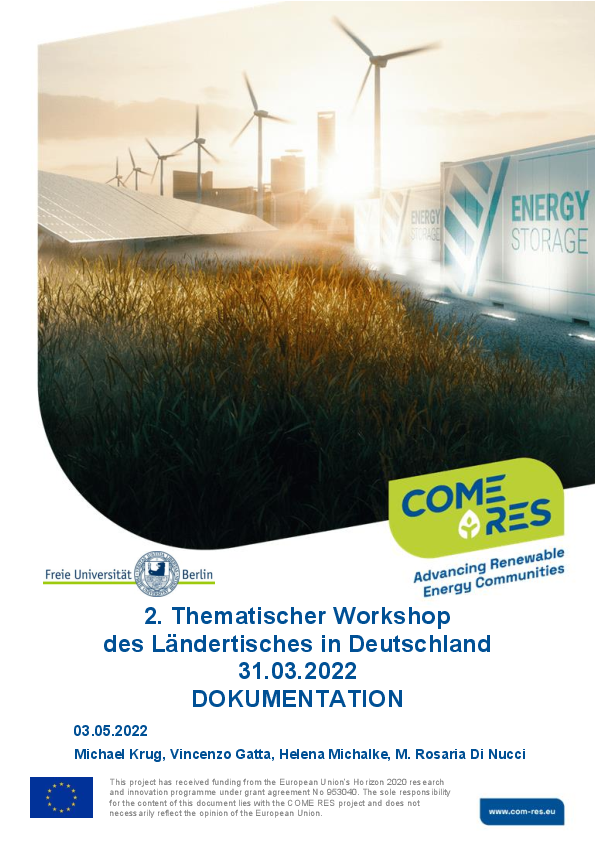 Despite the transposition of the legislation pertaining... 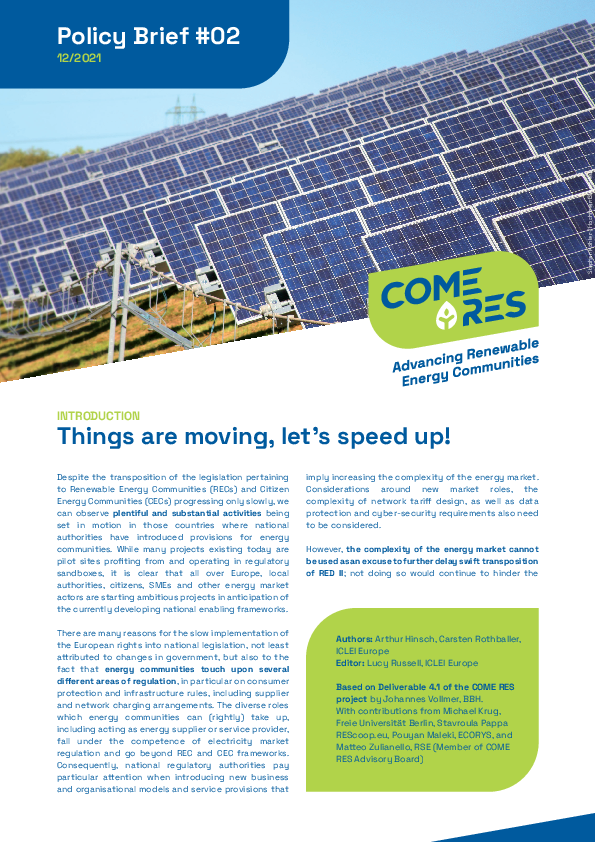 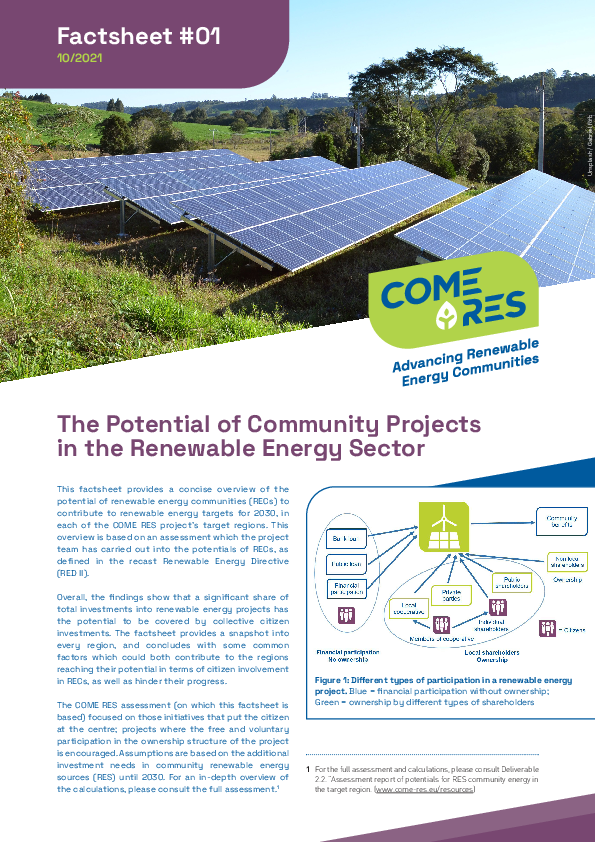 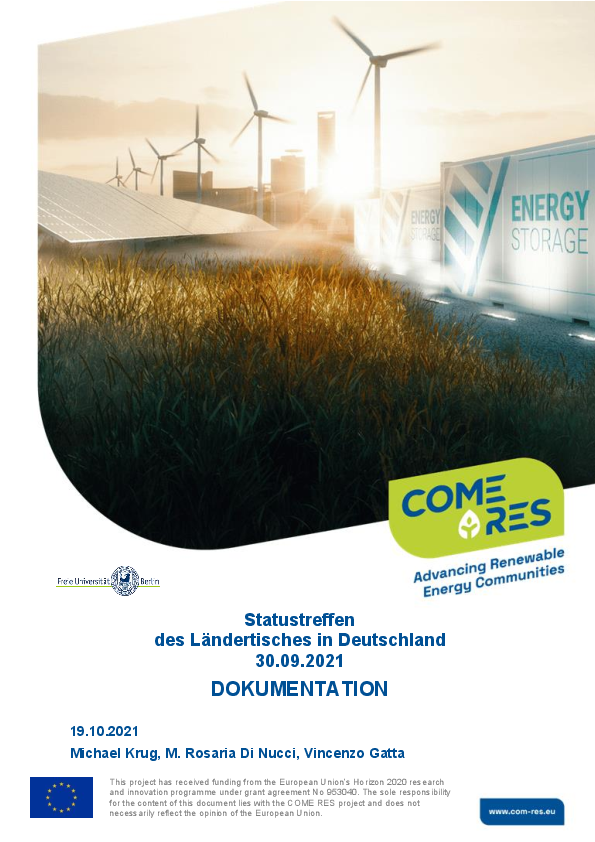 On September 30, 2021, a so-called status meeting was organised online by the FFU in cooperation with the Wind Energy Service Unit of the... 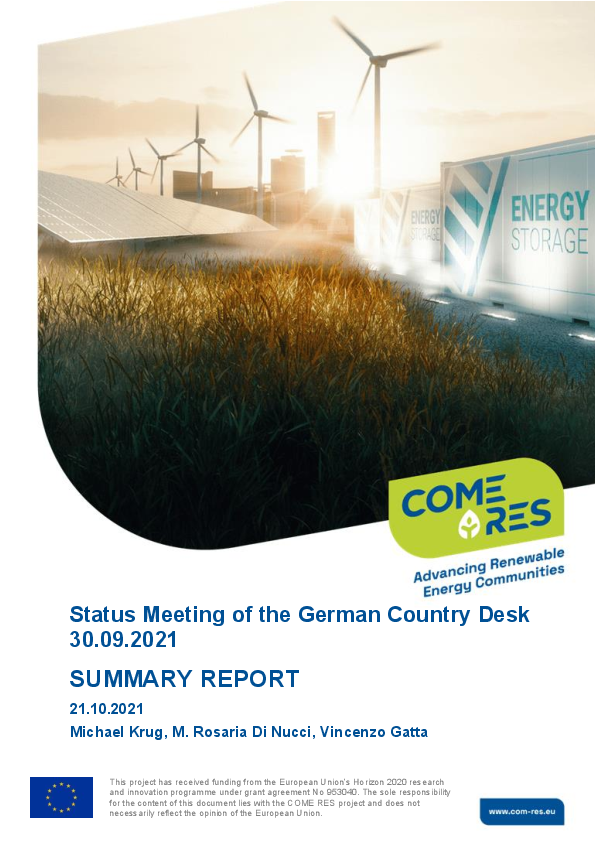 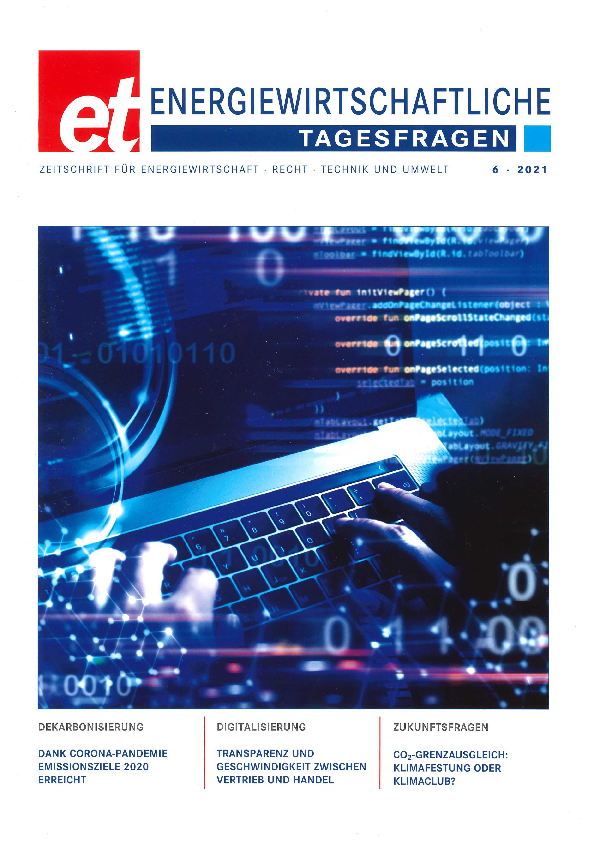 On March 30, 2021, the first thematic workshop of the country desk in Germany took place, which was organised by FFU in cooperation with the... 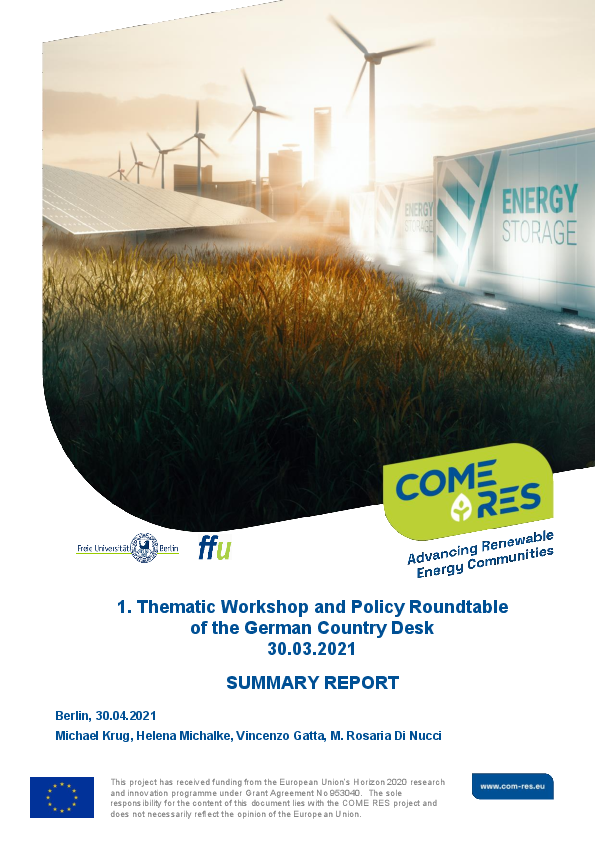 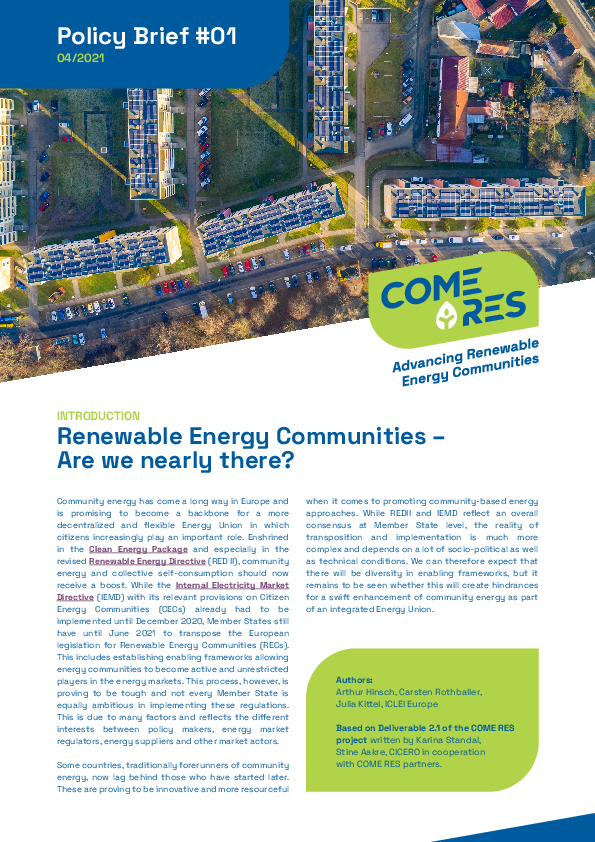 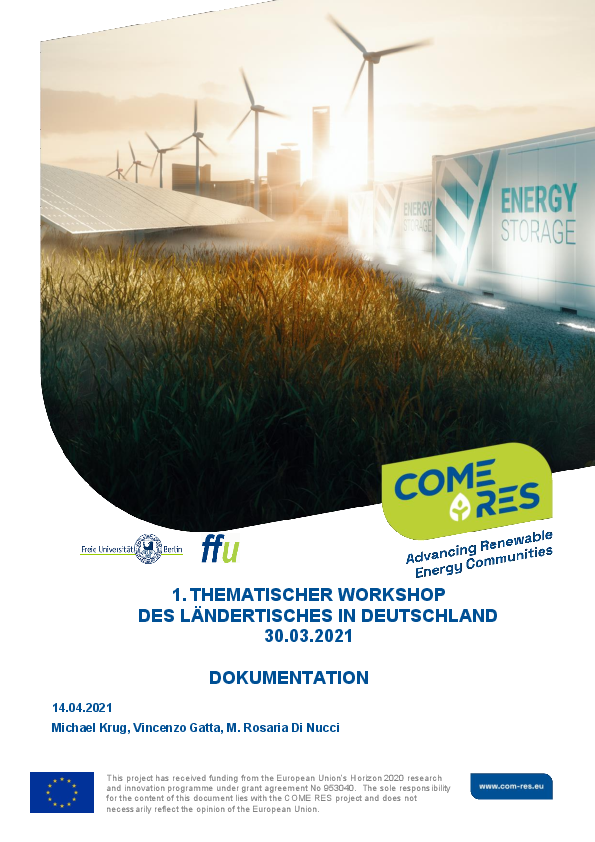 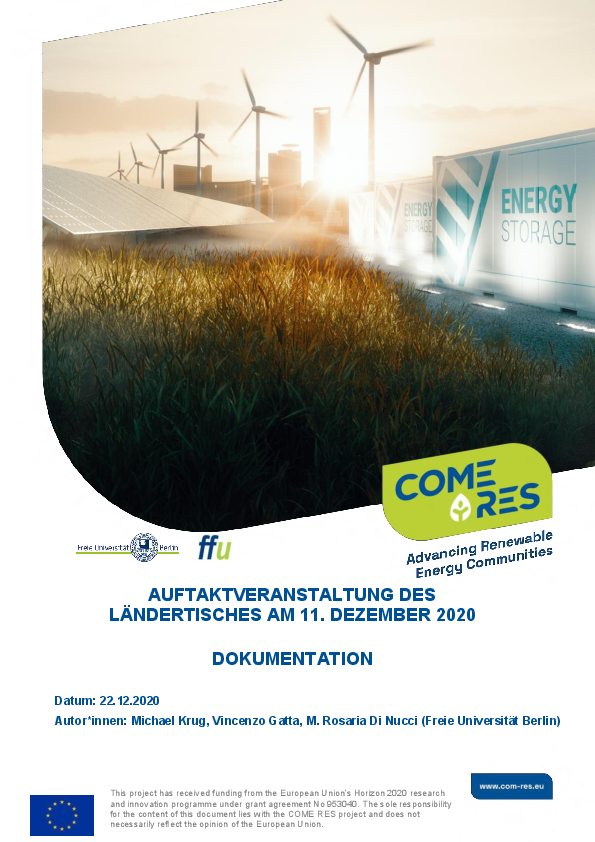 Summary of the German Stakeholder Desk Kick Off Meeting 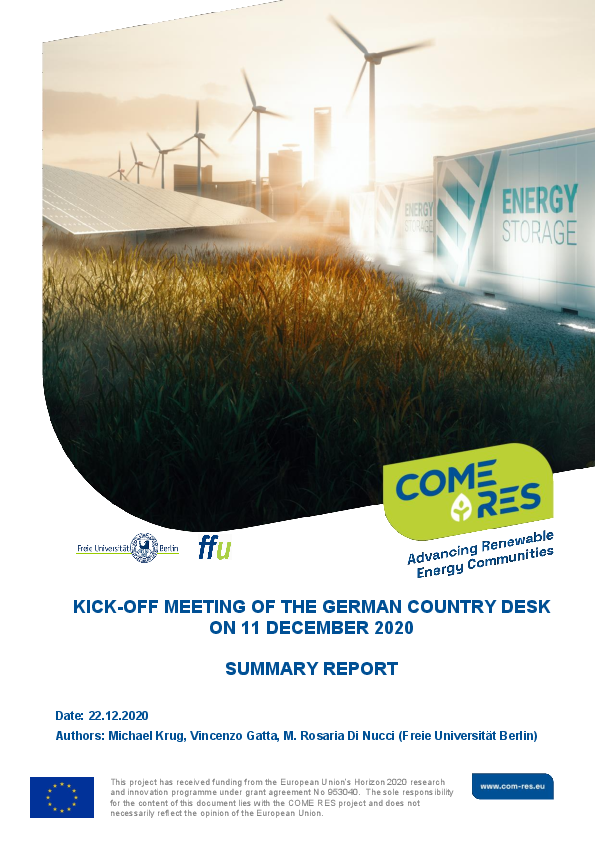