Local governments are key to powering a community-based energy transition

Climate neutrality by 2050 and - with the Fit for 55 Package - an increased target to produce 40% of energy from renewable sources by 2030: these are the EU’s ambitious targets in the face of the global climate emergency. Achieving them will require a sharp increase in the deployment of renewables, which means that such technologies will need to, inevitably, become ever more present, visible and available in the daily lives of Europe’s citizens. Not everyone is equally happy about this. While there is a general consensus in the EU that we need more renewable energy to tackle climate change, opposition to new infrastructure - in particular photovoltaic and wind turbine sites - is significant. Despite political commitments for more renewables, local protests lead to significant delays in siting procedures, sometimes for years on end. Too often, local communities perceive new renewable energy projects as a threat and disruption rather than an opportunity.

It does not have to be this way. All over Europe, renewable energy community projects are materializing, which involve local communities, for example by enabling citizens to invest directly, or by channeling revenue into local foundations for social projects. At the centre of all of this: municipalities with an inherent interest, not only in meeting their own renewable energy targets, but also, in promoting social inclusion. 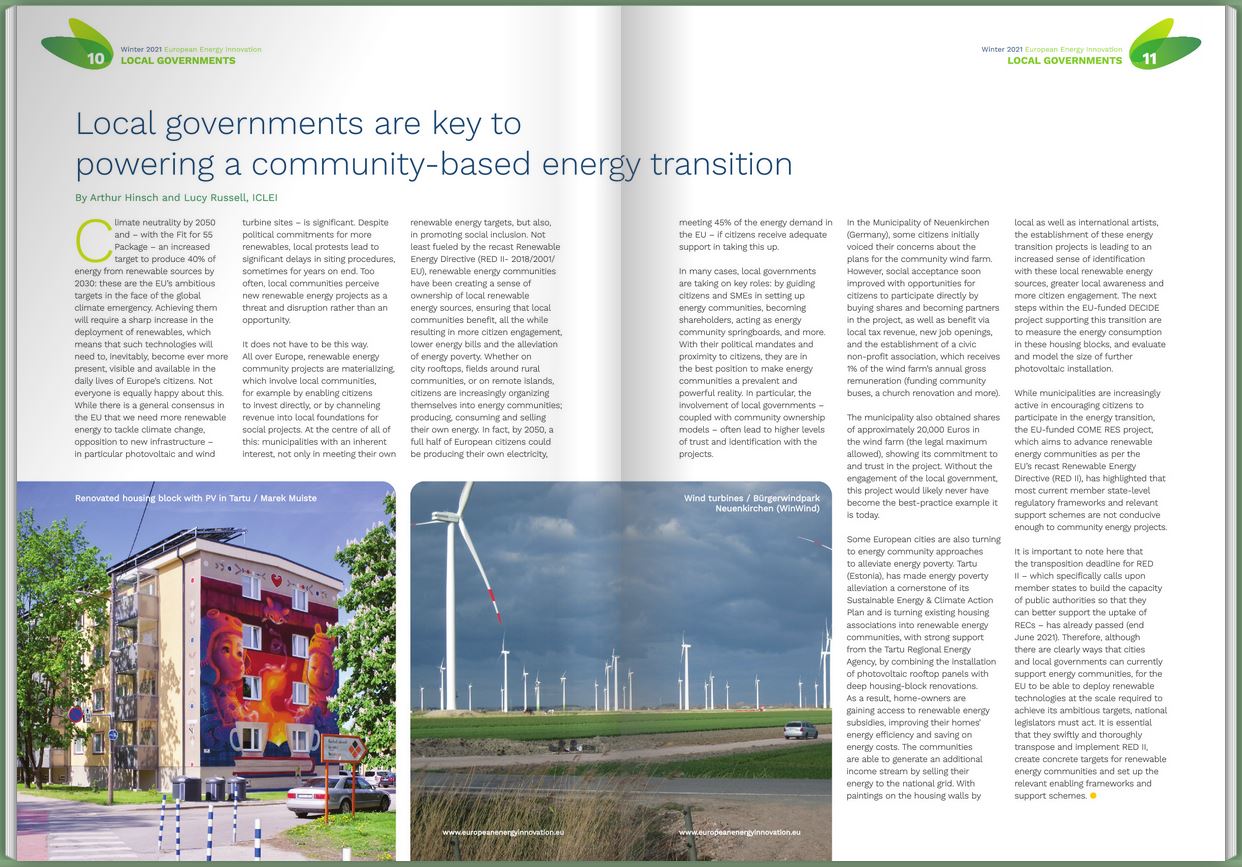